The Discovery International Pop Music Festival is held every year since 1992 in Varna, Bulgaria (the so called Summer Capitol), situated in the West side of the Black Sea. It’s the only international pop contest in this country at the moment.

Talented singers and composers from 42 countries had been presented the most harmonious bouquet of melodies, carrying the atmosphere of the world’s cultural variety. 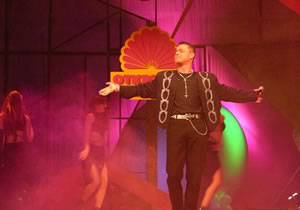 In 2006 the Discovery International Pop Music Festival is getting on for 15. Its beginning became a history and this anniversary imposed it as a factor for cultural development with national and international significance. The Discovery Festival is the only international known pop music institution in Bulgaria. In this institution are crossing in an unique way the local, regional and global music of Bulgaria and of the Balkans and also the music of different countries. The world of music shows an always growing interest to the festival in Varna. The Discovery Festival is in a good cooperation with its partner-festivals from all over the world.

Discovery is taking part live and multimedia, it’s transmitted by many national and international televisions and satellite channels, its editions have a CD archives.

Discovery is a bond of the contemporary youth music and of the Black sea culture tourism· Discovery discovers not only singers, but also new songs, produced especially for the festival on behalf of its rules.

The Discovery International Pop Music Festival is organized by the Discovery Foundation (”Otkritie” Foundation) in the cooperation with the Municipality of Varna. It’s traditionally supported by the National Center of Music and Dance (NCMT) of the Bulgarian Ministry of Culture and by sponsors. 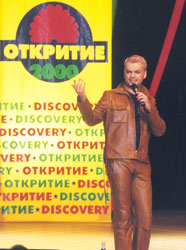 “The International festival Discovery 2000 is a worthy forum of Bulgarian culture. It had a lot of high-grade singers in the contest and I believe the festival gave them emotions, which they’ll keep for a long time. It was a real DISCOVERY for me too.”Filip Kirkorov
Chairman of the International jury for singers, 2000
“The International Federation of Festival Organizers F.I.D.O.F. congratulates the organizers of the 10th Jubilee International Festival DISCOVERY 2001 recognizing their contribution to the aims of F.I.D.O.F. which are the strengthening of peace and friendship through music and arts.”

prof. Armando Moreno
The President of F.I.D.O.F.
Los Angelis, 2001
“I would like to thank you for inviting artists from my country to the International Festival Discovery 2001, which is one of the most prestigious artistic events in the world. Artists from all over the world are going to expose the universality of music once again and deliver the message of peace”.

Istemihan Talay
minister of the culture of Turkey
Ankara, 2001

Elsa Lila; UP DOWN 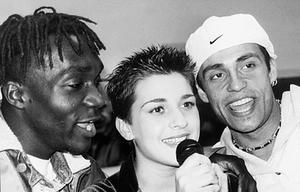 “The Festival that was held for the 14 th time, is an important international music event that takes place in Eastern Europe. (…) Varna, the so called Pearl of the Black Sea because of its beauty and historical and tourist importance, changes completely during the festival for the meeting with the national public. In fact , Varna is а famous health resort that attracts every year thousand of tourists. During the festival that is transmitted by regional and local televisions and radio stations, they admire the numerous sights of the town”.

Sorry, this entry is only available in Bulgarian.